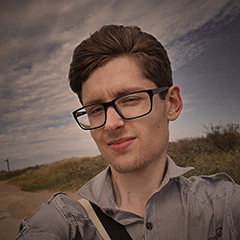 
So, on the 16th of this month, I attended the twice yearly Ga-Ma-Yo event in Leeds! To get some preliminary feedback of my latest game project (Xodusse) of which I am co-developing with XorShaders, I put the game on display at the event and allowed various people to play the game. All in all, the feedback I received in general was quite good about the game. Many of the core gameplay mechanics have already been implemented at this stage, and now the main goal is to add as many finer details as possible. Some of the feedback I received was that the HUD in the game detracts the player from the main area of key gameplay on the screen in the centre, so we will be most likely re-designing the HUD in the long term.

Other than that, we are getting toward the stages of huge complexity in the project. The first hurdle we must cross is implementing the desired endless procedural map generation feature. The issue with this is that we must be incredibly cautious on the amount of memory that we are using, or the game could potentially crash. To combat this issue, I have created an internal DLL file using C++ which obtains the current physical memory use of the application. As a result, if we have any memory leaks, we will see this value increase over time. We also vastly improved the debug screen in the game, and it now draws a graph at the top of the display that represents the CPU time taken to process each step in the game.


As a final note, I also have two deadlines coming up at university on the 18th of December. In spite of this, I'd just like to apologise in advance if I don't manage to get another blog post out before then due to my strict time constraints. Until the next one though, cheerio!